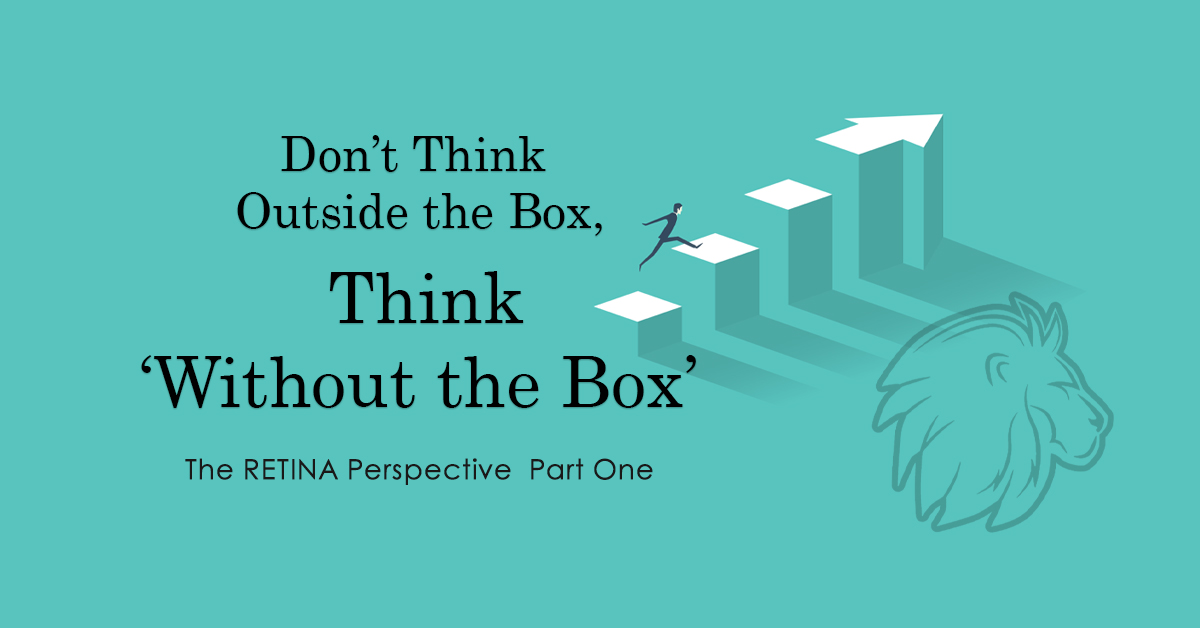 10 Aug Don’t Think Outside the Box, Think ‘Without the Box’ – The RETINA Perspective Part One

In this situation, this soap manufacturer in a developing economy had just developed a unique soap product which was gaining popularity in his market. He however realised that his business was operating in a tough business terrain with a severe infrastructural problem concerning national electricity supply which was limited and erratic. So in applying RETINA to this example, (‘R’) is recognizing the box of electrical power which would seriously hamper the business if insufficient.

In such a bizarre and challenging situation the manufacturer had to come up with a very practical solution to save his new and fledging business. Thinking outside of the box would have simply meant that the manufacturer should go ahead and buy a back-up generator to supply electricity. However at that time he could not afford one so this meant that just thinking outside the box would not be sufficient. He would have to think ‘without the box’ and eliminate (‘E’) the box of using electrical power completely.

This was actually what the manufacturer did and he had to think again (‘T) through various alternative solutions which could allow him to produce without electrical power. So he innovated (I) by reformulating of his soap and redesigning his production equipment to come up with a mechanical pulley system. This allowed the application of easy manual effort to the soap production machines and eliminated the need for electrical power completely.

He then acted (‘A) by going ahead to fabricate the new manual machines and integrate these into his production process. So effectively the manufacturer no longer needed public or private electricity supply and continued to operate successfully. He had in effect been thinking ‘without’ the box.

Business, Outside the Box, real life example, Without the Box