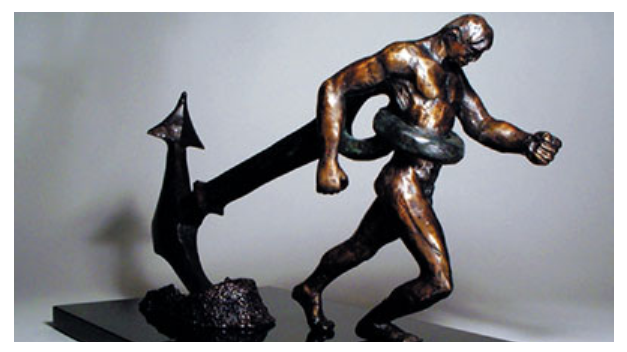 Henry Ford, the founder of the Ford Motor Company, was a man who persevered in the face of extreme challenges. In the early days of the company, around 1930, Ford told his engineers that he wanted to build the first single-cast V8 engine, which would be used for a low-priced and affordable car. His engineers told him this type of engine had never built before in a single cast and was virtually impossible. Rather than being discouraged, Ford simply told them to go ahead and do it. Even after they came back repeatedly to tell him it could not be done, Ford simply told them produce it anyway. Eventually his engineers found a way to give Henry Ford and the world the single-cast V8 engine he desired. This was for the masses and Ford had made an affordable V8 car. The Ford Motor Company benefited immensely from this success and went on to become a leading automobile company in the world, which it still is today.

The Wright brothers, Orville and Wilbur, even after several failures, still persevered until they built the world’s first powered and controlled plane on December 17, 1903, in Kitty Hawk, North Carolina. The American inventor Thomas Edison is arguably the greatest inventor of all time due to the large number of patents he registered and inventions he pioneered. However, even he had to continually persevere, after many failures, until he gave the world the first light bulb in 1879 and helped to lay the foundations of the electrical industry.

Perseverance or persistence is that fire that burns away every form of impurity from your goal. You can never lose from persevering. After your persistence has won the day, it reveals in you a fine character that will serve you well in the future. The late Sir Winston Churchill, who faced very daunting challenges as the Prime minister of Britain during the Second World War, once said ‘never, never, never give up’. Persevering may be hard but as long as you are sure you are in the right direction, keep on moving, be in constant motion, and keep on keeping on.